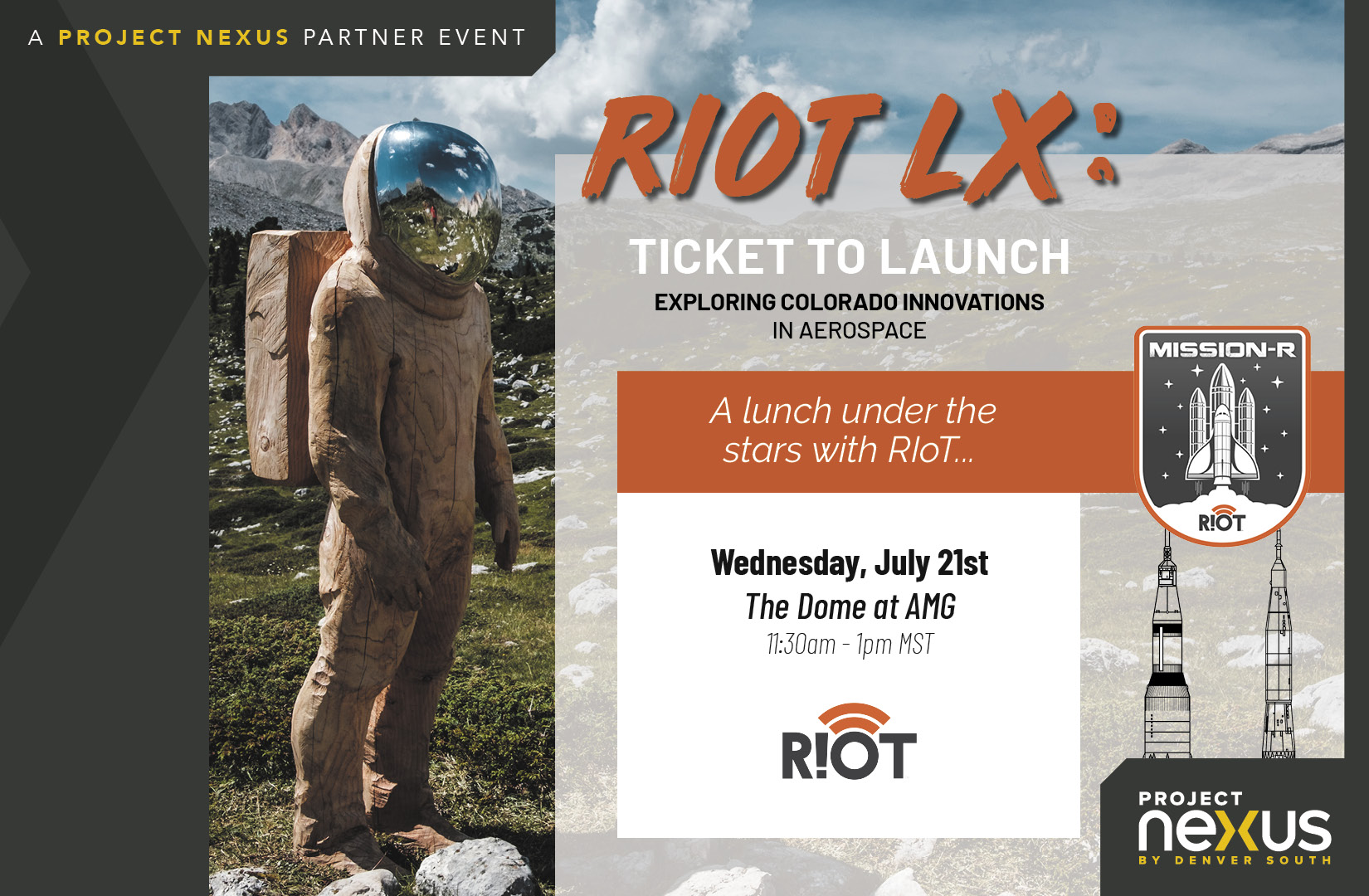 Brace yourself – Colorado’s aerospace industry is poised for takeoff.

Prior to 2010, aerospace innovation was strictly the domain of big government or multinational corporations due to its complex, highly technical, and expensive nature.  Now, just one decade later, the aerospace industry has skyrocketed.  The best part?  Many of its greatest innovators are in our own backyard!

Colorado is home to nearly 1,000 aerospace organizations and operates the nation’s second-largest aerospace economy.  Due to this robust ecosystem, we are seeing an influx of organizations innovating in everything from supersonic aircraft production to satellite design to space imagery.

RIoT and Project Nexus invite you to lunch under the stars while we highlight the regional ingenuity in aerospace and opportunities for the future of Colorado’s tech community. Join us for an energizing afternoon with industry experts and live demonstrations in the impressive Dome at AMG. Lunch will be provided.