RIoT Underground in SXSW – Podcast episode about SX and IoT

RIoT Underground in SXSW – Podcast episode about SX and IoT

RIoT Underground is a podcast about innovators changing the world with disruptive technology. What better place to talk about that than Austin during SXSW?

But to bring RIoT Studios to Austin, we needed some help. We partnered with Amplify Philly and their production team at Mid Atlantic FX, recording a four-person podcast episode on the open-air porch of Pour Choices on 6th Street.

The episode is now live, and available on iTunes, Google Play, and Spotify:

In it, I’m joined by three guests, all fresh off their SXSW panel about IoT and Smart Cities – Tom Snyder, RIoT Executive Director; Don Coleman, CIO for Chariot Solutions; and Adam Covati, VP of R&D for Bandwidth. Their SXSW panel session audience was packed, and they sparked great conversation – so RIoT Underground is excited to bring a little of that to you.

This episode’s theme is unique for three panelists who were just speaking on a big stage about IoT and smart cities – we talk about whether the term “IoT” – internet of things – is it a problem term. Tune in!

And keep an eye out for more from RIoT at SXSW. Subscribe to RIoT Underground on iTunes, Google Play, and Spotify to make sure you don’t miss a beat. 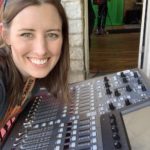 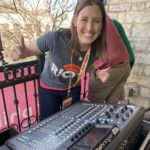 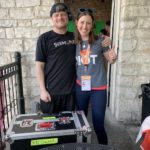